What happened to October? 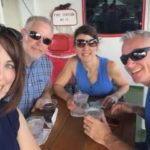 How is October half over already? I’ve had my head down, fiercely working on the second book in the Mercy Kilpatrick series. It’s due at the end of the month and I’m counting the days until I have some time off. I plan to relax during November and December before diving into the third Mercy book. 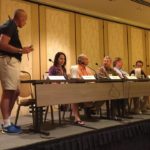 Last month we went to Bouchercon, the world mystery writer’s conference in New Orleans. I’d never been to NOLA before.  We ate. And ate. And ate. It’s true; the food is amazing. I tried beignets, absinthe, shrimp, desserts, and 25 cent martinis. (We went to that restaurant twice.) I spoke on a panel about writing police procedural novels with several other authors, so I did some authorly things too.

My other big news is that we adopted a kitten for my youngest daughter. Her name is Paris.